Borneo’s natural treasures are as numerous as they are varied. And precious commodities are best appreciated when seen up-close.

The exploratory venture into Lanjak Entimau Wildlife Sanctuary (LEWS) took place in 2008 with this sentiment in mind. A collaborative effort between the Academy of Sciences Malaysia, Forest Department Sarawak, and Universiti Malaysia Sarawak (UNIMAS) saw 172 researchers and 65 support staff travel to the heart of this protected sanctuary.

The expedition team set up camp at two sites; Nanga Bloh, which served as the base camp and is in the northeastern part of LEWS, and Latong, in the south of LEWS. Setting up at Nanga Bloh was straightforward enough – it was the journey to Latong that proved to be a challenge! Despite being only 18km away, it took three days to reach, as Latong is only reachable upstream by boat!

Awkward logistics aside, the expedition was overall a huge success! The research venture into LEWS was only the second to be organised to date, with the first expedition into the wildlife sanctuary happening in 1993. These efforts are part of the Heart of Borneo initiative, which is a transborder cooperative effort between Indonesia, Malaysia, and Brunei Darussalam to facilitate sustainable development and preservation of the botanical species unique to the island concurrently. And the journey into the heart of LEWS provided reams of invaluable data and information.

Thanks to the results and discoveries, the science community has benefited enormously due to the newly released information on wildlife, insects, and floral species. The research team specifically noted where each species could be found, as well as their frequency of appearance.
Borneo’s flora species have long been a source of intrigue in the botanical world. In Sarawak’s Hidden Jewel, we are reminded that the 1993 expedition gave us a haul of 1,075 tree species and 179 herbs, shrubs, and climbers species recorded. Important details of the environmental details were carefully included, such as temperature, growth density, humidity, amount of sunlight, and exactly where a plant was growing. With such specificity, scientists worldwide could replicate these growth conditions to cultivate the plant species with just a seed, and conduct further study.

For example, the Rafflesiaceae (the genus Rafflesia) is recognised as the largest flower in the world and is distinctive for having no stem, leaves, or roots and is found in shaded areas. As a result of the LEWS expedition findings, recent research building on this has revealed that the Rafflesiaceae has eco-tourism potential due to its unique characteristics and its reliance on growing off other plants. Another example of this includes the aesthetically pleasing “hanging garden”. This unique phenomenon occurs thanks to parasitic floral species such as ferns, orchids, gingers, aroids, and hoyas, that hang off tree trunks or branches in a beautiful and vibrant array.

LEWS was originally declared a wildlife sanctuary in 1983 to protect the orangutans from the illegal logging and deforestation, which ultimately left these fascinating great apes without a home. The sanctuary is also home to 35 mammal species of fauna, with each species having up to dozens of unique variations. The physical features, behaviours, adaptations to the environment and feeding habits were recorded in painstaking detail for the world to see how each creature contributes towards maintaining the delicate balance of the ecosystem.

Even more species of fish, primates, birds, amphibians and reptiles, and botanical were discovered this time around, compared to the 1993 findings. With newer technology and more time to study initial findings, the world has been able to understand how each creature adapts to survive in the exotic rainforests.

Take the famous Orang Utans – these primates can be considered perfectly adapted to live in the forest canopy thanks to their long and powerful arms, ideal for swinging from tree to tree, as well as hanging off branches to extend their reach. Observations during LEWS 2008 revealed one thing you may not know – Orang Utans build nests from branches. However, these aren’t permanent homes, as they are for singular use and sometimes just for a short nap, if not resting.

As a result of the expedition into the unique environment, local communities benefited through increased job availability and the potential commercial and pharmaceutical uses of the resources. A summary of the expedition is available on hard copy for those who wish to read in more detail.

International collaborations under the banner of the Heart of Borneo continue to justify why these rainforests were declared a world heritage by UNESCO. And the research conducted here will be used to further strengthen the economy, improve conservation methods, as well as increase ecotourism to the area 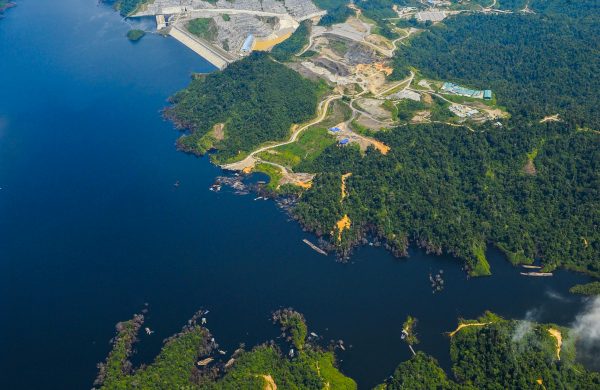