All around the world, sustainability has become a subject of great importance as the ever-changing climate signals the deteriorating health of our beloved Planet Earth. Efforts are being carried out globally to try to remedy the stuation and nurse the planet back to health.

Sarawak has also jumped on the sustainability bandwagon, with efforts great and small undertaken by the Government bodies, private sectors, business owners and the people at grassroots level towards an eco-friendly State. These days, people are becoming increasingly aware of the benefits of switching to green energy. Number one, of course, is the fact that it is cleaner and reduces our dependency on other means of energy generation, such as fossil fuels. A good example of that is Kuching’s Hydrogen Bus, which has zero emissions. People are also increasingly opting for hybrid vehicles and electric vehicles, which are better for the environment. There’s still only a small percentage of people who drive electric vehicles and hybrids in Sarawak at the moment, but it’s a good start.

Solar panels are also becoming popular not just among city folks but those in rural areas as well. They provide enough energy to power small appliances and electronics in their houses, and are vey cost-effective. Most importatly, hey eliminate the need for power generated via other means.

Sarawakians’ efforts towards being eco-friendly can also bee seen in the use of biodrgradable items in places like restaurants and supermarkets, for example. While plastic bags and straws have been the norm, these days reusable shopping bags and edible rice straws are eco-friendly alternatives that help cut down on consumers’ dependance of single-use plastic. In some supermarkets, leaves are used to wrap food items like fresh vegetables. These are perfect alternatives to plastic as they are biodegradable.

A good example of Sarawak’s greening efforts could be seen in the past during the Rainorest World Music Festival in Santubong, Kuching whereby festivalgoers were advised against buying bottled drinking water. Instead, they were encouraged to bring their own drinking bottles and fill them up at designated water dispenser stations strategically placed throghout the event venue. That effort helped to cut down the amount of rubbish, especially empty plastic bottles within the event venue after the event had ended.

In December 1975, the Baram-8 oil platform collapsed some 8 nautical miles off the coast of Tanjung Baram, Miri. Toward the end of 2004, it was salvaged and converted into an artificial reef, sitting at a shallower depth of 21 metres below the surface of the sea. Three months after it was deployed, Baram-8, the only Rig-to-Reef in Malaysia, was already teeming with undersea life, with schools of batfish, juvenile banerfish, angelfish and damselfish among the species recorded at the site. That rich biodiversity found at the Baram-8 artificial reef was an indicator that it was indeed a sustainable artificial reef, a haven for marine life in the area.

These are just some examples of the efforts that have been done in driving Sarawak towards being an eco-friendly State. Surely more will step up to play their part in transforming Sarawak into an icon of sustainability in Malaysia and perhaps the region.

Towards an eco-friendly Sarawak
0
112
Write a response 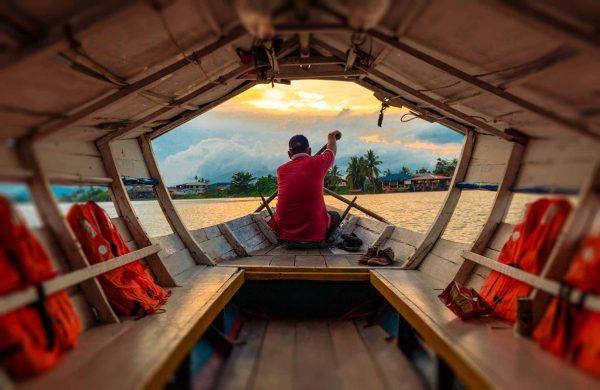