When Miri is mention, the first thing that comes to mind for sure is petroleum. However, Miri is blessed with more than just oil wealth but also jaw-dropping gigantic caves, long stretch of beach coastline and coral reefs. There’s just so much to do in Miri!

Not sure where to start? Check out our ultimate Miri bucket list. Rumour has it that it was named in such a way because a Canadian used to live in the area. This is also the ultimate place to go for an unobstructed, panoramic view of Miri City with South China Sea as the backdrop.

One of the main attraction of Canada Hill is the Grand Old Lady, a 30-metres high derrick landmark built by Shell Company. At this monument is the exact spot of Malaysian’s first oil well. Across the Grand Old Lady is the Petroleum Museum. This museum is the correct place to be if you want to gain a detailed insight on the history of Miri’s oil discovery, its advancement and influence on modern-day Malaysia. Dubbed the best beach in Sarawak, Tusan Beach became a craze amongst the locals in 2015 after the surrounding of the beach emit a bluish glow in the dark. This natural phenomenon is called ‘blue tears’. It is produced by the movement of thousands tiny bioluminescent phytoplankton in the water. The stronger the movement, the light glows more. Tusan is also known by its magnificent cliff formation which mimicks a horse drinking water.

Just 20 minutes away from Miri City, stop by at Tusan when the tide is at its lowest so you can walk around and appreciate the cliff. Archaeologists and historians cannot miss exploring Niah caves when in Miri The earliest human presence in Niah Caves is detected to be at least 40 milennia ago. Besides, Niah caves also contain some of the oldest human remains in Southeast Asia.  Here, visitors are able to collect edible prized birds nest nestled high in the caves’ walls.

The best place to take a memorable photo: At the mouth of the Great Cave with its large chamber showcasing spectacular stalactites. This multipurpose seaside area in Miri has all kinds of attractions such as food vendors, an outdoor bar and trishaw rides. With the yachts and boats parked at the Marina Jetty opposite Coco Cabana, the scenery and atmosphere here is just unreal. Simply sitting there underneath the coconut trees, around iconic seahorse lighthouse with intricate wooden carvings is pure bliss. Indeed, the best things in life are free. Did you know that Sarawak is home to its Bujang Senang (legendary Sarawak crocodile) natives? Miri Crocodile Farm & Mini Zoo is the first and largest Crocodile Farm in Sarawak’s northern region. Here, you will be able to catch more than 1000 crocodiles of different species at a safe distance. Other than crocodiles, there are plenty other animas such as deers, rabbits, hamsters, and snakes. If you are lucky, you might even get to carry them—with supervision of course. Saberkas Night Market is located within the vicinity of Saberkas Commercial Centre adjacent to Taman Bulatan Miri, open every Wednesday to Saturday, from 4pm onwards. This colourful market is the central place to find a variety of things whether it is local handicrafts, fresh fruits or jungle produce. An abundance of local items are sold here, however its specialty are Bario highland rice and Miri’s own famous fermented shrimp (cencaluk). You can also find local handmade items such as the rattan bags and beaded necklace here. To those who are thinking on trying out durians, here is where to get them when they are in season.

Tamu Muhibbah is located in the heart of Miri city just opposite of Visitors Information Centre. Open 24 hours a day. A trip to land of the hornbill is incomplete without paying a visit to see its iconic natives, the Hornbill birds. Although can be found in most parts of Sarawak, it is not easy to spot one unless you are a birding expert. In Miri, PNR serve as home to a small population of Oriental-pied hornbill (OPH) where the famous pair, Jimmy and late Faridah were first captured on camera by Dominique Wan on 2005. Currently, PNR host 107 flora and 75 fauna species in which there are 20 hornbills in protection. Did you know that the summit of Mulu is older than 60 million years old? Its massive limestone formation deep under the sea was uplifted and formed landscapes of Mulu—peaks of Api, Benarat and Buda. At 55,000 hectares, Mulu stands as this biggest national park in Sarawak and it was declared as a World Heritage Area in 2000.

By the sound of all these, Mulu National Park sounds too good to be true. Indeed, Mulu is a prized gem in Sarawak. However, getting here is not easy as visitors need to board a 30-minute flight from Miri or journey through days of jungle expedition with a four-wheel drive. But once you’re there and witness these mighty peaks on your very own eyes, the journey will definitely be worth it. Not many know this but Miri also has a diving spot! Miri-Sibuti Coral Reef National park has over 30 untouched coral reefs and more than 40 diving sites. There’s a variety of marine creatures including clown fish, soft corals, bubble corals and sea anemones at dive sites. With depth ranging from 7 to 50 metres, the best time to dive in Miri is from March till November. If you are expecting to come close to a Whale Shark, best make your reservations in March or April. 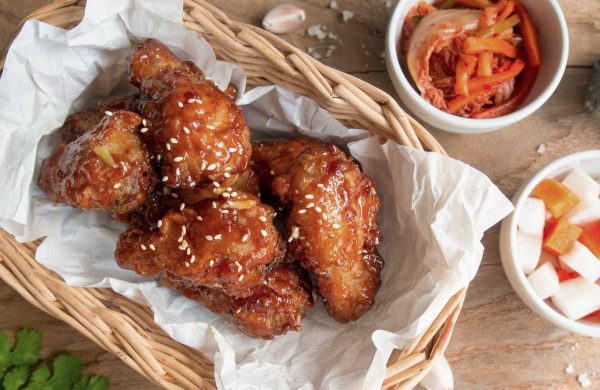