We live in a reality where things don’t always work out the way we want them to. So let’s forget about reality for a moment and talk about our dream cars, shall we?

What’s your dream ride? Do you have a specific make? Engine spec? Whatever it is, let’s just put aside the fact that you may or may not be able to afford the cars you dream of, and let’s just go straight into the details of what cars you would love to have in your car garage! (Psst… it might even serve as a motivation for you to make enough cash to one day afford one of these sweet rides!)

Let’s face it… we all surrender to the lures of supercars. And today, supercars come in a variety of drool-worthy designs and specs. Ferraris used to be what dreams were made of, though some argue that the Italian marquee has been losing is magnetism for a while now. But still they have some pretty mean beasts in their stable, like the 812 Superfast with a V12 engine that can take it from naught to 100kmh in 2.9 seconds! Doesn’t that make your heart beat fast just thinking about it? Not quite fast enough for you? How about the Lamborghini Aventador SVJ with a 0-100 @ 2.8 seconds sprint that will take your breath away and a space age design that will have you gasping for air? They don’t seem to be in the habit of revealing their numbers, but according to what’s dug up from the Net, Koenigsegg does naught to 60mph in just 2.6 seconds with the company’s 2016 Regera! Mind-blowing!

Unfortunately for most of us, these and many other supercars like the limited edition Bugatti Chiron Pur Sport and Aston Martin’s seductive 6.5-litre V12 hypercar Valkyrie can cost up to tens of millions to own (yes some of them do cost that much!). But if money was no issue, what supercar would you have in your garage?

Luxury cars are on a whole ‘nother level, and they inhabit the dream realms of many car enthusiasts. Many, like Audi’s luscious new A8L, combine breath-taking performance, impeccable handling, high comfort levels and drool-inducing designs. Audi also impresses with its ability to keep your water in the cup while driving over a speed bump. And then there’s the uber deluxe Phantom, Rolls-Royce’s most luxurious car combining insane power, exceptional handling, dream-like ride quality and an interior so quiet, you can probably do some meditating in the back seat!

It’s all about the extra features with these luxury cars. And typical of us Malaysians, we want everything the carmakers have to offer, to be included in a vehicle. Soft leather interior, bespoke dashboard design, adaptive lights, sweet sound system, massage functions, lumbar support, screens in the backseat, drinks cooler, driver seat memory functions, soft-close doors. Some cars even come with crazy tech like self-driving and self-parking features! When it comes to luxury cars, familiar marquees come to mind, like BMW, Mercedes-Benz, and Lexus. But if you prefer something out of the ordinary, how about Bentley or Jaguar or Maserati? They’re all tasty, aren’t they?

For some people, most noticeably here in Sarawak, SUVs are the stuff of dreams! There are so many on our roads, from affordable ones like Perodua Arus and Honda BR-V to high end ones like the gorgeous Volvo XC90, Range Rover Evoque, Lexus LX, BMW X5 and Audi Q7. Around the world, SUVs are gaining traction in terms of popularity. It’s no surprise that even companies like Lamborghini, Bentley and Aston Martin have come up with their own SUVs, with features to die for! Lambo’s Super SUV dubbed Urus is absolutely sumptuous with its signature Lambo design and a powerful 4.0-liter twin-turbo V8! It’s quite essentially a super sports car trapped in an SUV body, combining the best of both worlds. Aston Martin’s DBX is an artform on wheels, nimble and powerful yet fluid and sophisticated. Although not as quick as the Urus, it still impresses with sportscar-like performance.

Some people pay no mind to all that speed and power stuff. They just want their SUVs big and bulky, like Toyota’s FJ Cruiser. Some want more rugged models that perform like a dream when taken off-road, like Jeep’s iconic Wrangler and the bigger Wrangler Unlimited. What about you? Which SUV strikes your fancy?

Remember back when Proton’s Gen-2 was such a big thing in Malaysia, to the point that every other coupes manufactured after it was said to have copied its tapered rear end design? The general design styling of coupes often suggest speed and sportiness. Some dream coupes in the market today include Audi’s delightful A7 “sportsback” coupe, Toyota’s 2020 Supra, Honda’s uber popular Civic and the handsome Jaguar F-Type. Coupes also come in the form of dream-worthy American muscle cars like the Ford Mustang, Chevrolet Camaro and Dodge’s insanely powerful Challenger. If these prove a little too much for you, perhaps Volkswagen’s hot hatch – the Golf GTI or Renault’s Megane R.S. will be more to your liking. With a smaller boot space and rear legroom/headroom, coupes and hatchbacks are not exactly your go-to vehicle for trips with family and friends. But what they lack in family-friendly features they make up for with their driving fun factor! And they’re easier to squeeze into a small parallel parking space.

So maybe we Sarawakians don’t really fancy EVs (electric vehicles) due to several reasons, including a very expensive battery replacement and the lack of charging ports. Some see them as the lesser fun vehicles to drive due to the lack of sound and speed.

Perhaps the “lack of sound” part is true for EVs especially, as they emit no engine noise whatsoever, making them not as fun to drive as cars that roar at the push of the throttle. But as for “no speed”, that is not entirely true. EV manufacturer Tesla makes some of the fastest cars on earth that run without a single drop of fuel. And they’re not the only ones. GMC is working on a new Hummer EV that does 62mph in just 3 seconds flat! Dream car material? Absolutely! So, now that you’ve had your moment of escapade into the realm of cars worth dreaming about, are you ready to make your dream car a reality?

The cars we dream of
0
92
Write a response 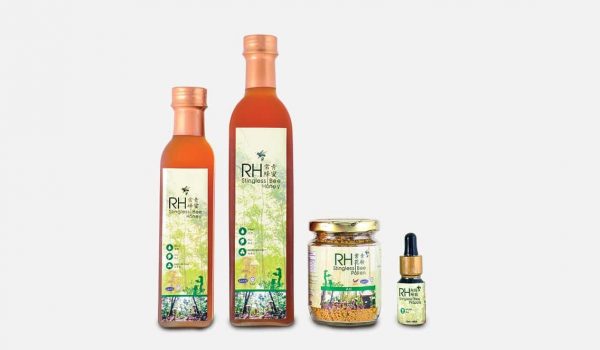