The Busan Choral Festival & Competition (BCFC) held in South Korea from the Oct 21 – 24 this year brought together 21 teams from China, Indonesia, Malaysia, Philippines and South Korea. The success of this festival and competition has shown that even though the COVID-19 pandemic has been around since the beginning of last year, it clearly does not stop people from the four corners of the world to come together to sing as one.

BCFC has been a prestigious competition since 2005 and is very well-known all around the world. This year, the panel of jury invited to assess the different virtual choir entries from the various categories in BCFC includes Anton Armstrong (USA) who is also the President of the Jury, Soon-Jung Kim (South Korea), Yu-Chung John Ku (Taiwan), Ki-Sun Lee (South Korea) and Zoltán Pad (Hungary). In South Korea, this great event was held at the Geumjeong Cultural Center and the Busan Cinema Center, Busan while participants from other countries participated via online platforms due to the COVID-19 pandemic restrictions. In the Award Ceremony on Oct 23, SJPSS Chamber Choir emerged Champion in the Youth Category in the Busan Choral Festival & Competition 2021, bringing much joy and pride to Malaysia and St. Joseph’s Private Secondary School Kuching, with the song ‘Ikan Kekek’ which was arranged by Dr. Tracy Wong.

Dr. Tracy hails from Malaysia and is currently the Assistant Professor and Choral Director at McMaster University where she earned a teaching excellence award and has taught a wide range of music performance, research, and music education courses in Canada.

Upon hearing this great and exciting news, Dr. Tracy immediately sent her congratulations to the conductor of SJPSS Chamber Choir, Benedict Lo.

“The performance of ‘Ikan Kekek’ (SATB, Cypress Choral Music’s Zimfira Poloz Collection) is so clean, musical, and showcased Malaysian spirit! This is so well done! Thank you for choosing my piece and for representing our country. Malaysia Boleh!”

The SJPSS Chamber Choir members have struggled and put a lot of effort into practicing and mastering the rhythm of the song as it is the key to producing an excellent piece of virtual choir production. Under the continuous guidance and support of both Benedict and Ivy Elmira, the teachers-in-charge of the club, the chamber choir members managed to put together a superb performance, complemented with simple yet meaningful choreography depicting the culture of the fishermen in Malaysia. All their hard work and sacrifices have finally paid off!

Throughout the four days, the SJPSS Chamber Choir members watched and enjoyed the choir performances from other countries via YouTube and were filled with awe when they saw how active and creative the choirs were, despite these very trying times. It was indeed an eye-opener for everyone, and they were all grateful to be given the chance to represent Malaysia on an international stage.

The joy and sense of achievement from this international competition has greatly motivated and inspired the chamber choir members to continue to work hard and strive for greater achievements.

The SJPSS Chamber Choir was formed at the end of 2017. Its committed, passionate and fun-loving members are all students of SJPSS who started singing in the school’s Choir Club founded in 2014. In 2016, under the baton and direction of Benedict JC Lo, the Choir’s debut stage performance was in the school’s first variety concert RHYTHM and COLOUR. In 2017 & 2019, St. Joseph’s Family of Schools staged THE WHITE RAJAH OF SARAWAK, an original musical production which was a resounding success and many of the members of the choir also played key roles in the musical.

SJPSS Chamber Choir strives to enhance the choral experience among the young people, hoping to build a sense of belonging and community spirit among its members. The close bonds felt among the members come from the opportunities they have to enjoy doing something positive, learning discipline and leadership, but most importantly, having a voice to contribute to the community in special performances, fund raising concerts, school assemblies and Eucharistic celebrations.

SJPSS Chamber Choir garnered its first silver medal (Grade 1) in the 11th ‘Orientale Concentus’ International Choral Festival held in Singapore in 2018. Despite the challenges faced during the pandemic, SJPSS Chamber Choir won the gold medal at the 2nd World Virtual Choir Festival held in December 2020 with the rendition of “Lileng”, a Sarawak Kenyah Folktune arranged by Mr.Benedict JC Lo, the Choir’s Resident Conductor and Choir Director. In June 2021, SJPSS Choir won the Gold award at the Malaysian Choral Eisteddfod 2021.

Here are the testimonies from a few of the participating SJPSS Chamber Choir members:

I remember a few months ago when we were recording the song, we were frantically recording and practicing the moves. Despite that, we managed to pull through and I felt amazed during the performance. When I heard the announcement, I had a sense of disbelief! It’s amazing to see how much the choir has grown over the past years and I hope that we’ll continue to produce beautiful harmonies and continue to grow. – Jotham Chan (1 Eta)

I was truly surprised. I never would have thought we were able to accomplish this great achievement. There were lots of difficulties with having sessions online and we were incapable of reaching our full capacity. I believe that without all the covid-19 restrictions, we would have done even better. – Chiew Yih Chun (2 Kappa)

To be honest, I did not expect us to get the Gold Prize in BCFC. Disbelief gave way to delight after the announcement. The time and effort we put into making this was worth it. I am grateful to be able to take part in this competition and I hope that we will still be able to achieve something like this in the future. – Brandon Chan (3 Gamma)

When the name of my school was read out by the presenter, I was lost for words and very happy at the same time. I didn’t think we would get the Gold award. I was sure a Silver or Bronze was a possibility. We must thank Mr. Benedict Lo for putting in so much effort into editing the video and preparing us emotionally and physically. I would also like to thank Ms Ivy Elmira for helping us with our props. Without the effort of every member, this would not have been possible. Thank you everyone. – Eleana Christopher (4 Alpha)

To tell the truth, I wasn’t expecting this achievement at all – the thought of winning the Gold Prize on an international podium was merely a dream for me. The moment the announcement was made, I was stunned and filled with so much joy! As the Outgoing President of the club, I feel very grateful to be given the chance to lead the Chamber Choir family in practicing and preparing for this prestigious competition, which was also the last one for me. No doubt, the journey was not easy and was filled with challenges as everything had to be done virtually; nevertheless, everyone buckled down and stayed committed to the practice schedule. From SJPSS Chamber Choir’s very first competition in 2018 which was the 11th Orientale Concentus, until today, tremendous progress can be seen. Thank you, Mr. Benedict Lo and Ms. Ivy Elmira, as well as all the Chamber Choir members, for this amazing graduation gift for me! – Irwin Fong (5 Phi) 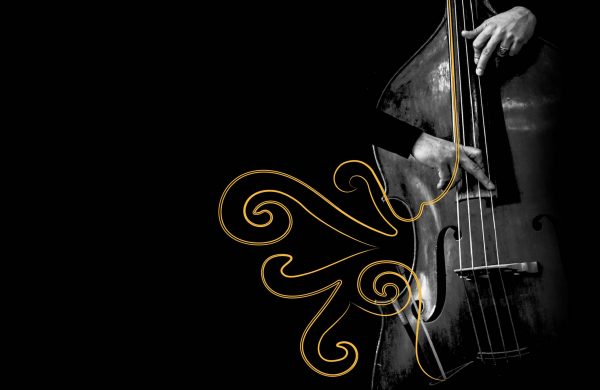