Hiking. Some fear even the thought of it, some are so addicted to it that they cannot go a week without finding a mountain to scale, even though it’s an easy one to climb. If you are the latter, then the summits of Sarawak are literally playgrounds for you adrenaline junkies! Mulu National Park near Miri harbours some of the most bewildering natural wonders in Sarawak. One of them is The Pinnacles, a collection of spectacular limestone formations that will enchant all who lay eyes upon them. However, getting there is no walk in the park. In fact, The Pinnacles trail ranks among the toughest hikes in Malaysia and few ever make it to the top. It’s a challenge no hiker can resist. The journey to the base camp itself is exciting, although tiring. It involves a boat ride followed by a nine-kilometre walk on uneven terrains and wobbly suspended bridges. But once you get to base camp (better known as Camp 5), your enervation will wash away and your weary soul reinvigorated once you take a dip in the cool waters of Melinau River. The clear night sky brings to sight a dramatic scene of the Milky Way while the dawn presents a view just as glorious.

True adventure begins the morning after, when you ascend 1,200 metres up Mount Api, from which you can view the Pinnacles. It will be the ultimate test of endurance, with 2.4 km of steep 45-degree trail laden with sharp rocks, slithering roots from the surrounding trees, and vertical rock faces that require ropes and 17 ladders to climb. The latter is the most difficult, but by this point it’s too late to turn around with only 400 metres more to go.

At the end of it you will find all your struggles to be worthwhile as you finally set eyes on the magnificent sight of Mulu’s famed Pinnacles. Yes it will be very tough, but it will also be extremely rewarding.

Check out mulupark.com for more information.

Where the giant flower grows

It’s not as challenging as The Pinnacles, but Gunung Gading in Lundu generally offers different experiences for hikers. People go there for a number of reasons, but for tourists it is to see for themselves the world’s largest flower – the Rafflesia. And the best time for this is between November and February, although the flower does bloom anytime throughout the year, albeit not as regularly. So the best thing to do is to check with the park HQ at +6082 735 714 or the National Parks Booking Office at +6082 248088 on when best to hike up to see the flower in bloom. You can also check out the park’s official website for info on that.

On the park map, the Rafflesia trail is labelled “moderate”, covering a distance of only 600 metres. Plank walks cover the entirety of the trail so although the ascent can be wearying just a tad, anyone can make it with little to no problem at all. The most rewarding part of this hike is to be able to take pictures with the world’s largest flower, if you’re lucky enough to find one in bloom. Raffesia can be found at Gunung Gading, Lundu

Besides seeing the Rafflesia up-close, Gunung Gading is also home to seven waterfalls with varying heights and sizes. The most famous ones are Waterfalls 1, 3 and, if you can manage, 7. Trails also lead you to the summit and the viewpoint, both labelled “extreme” in terms of difficulty. Equally interesting to find on these trails are Batu Apek and Batu Berkubu, each with their own unique stories behind them.

One of Kuching’s highest summits

Sounds like a tough one to conquer but one of the tallest mountains in Kuching is actually pretty easy (but tiring all the same) to climb, if you decide to just take the Summit Trail that is. Leading directly to the summit of Mount Serapi at 910 metres above sea level, the trail starts at Kubah National Park headquarters and is a paved road, allowing for vehicle access as well. Unfortunately, as a telecommunications tower occupies it, the summit is inaccessible to public. So the highest accessible peak would be around 800 metres above sea level, or about five kilometres. Throw in some excitement by checking out five other trails available, namely Main, Rayu, Waterfall, Selang and Belian trails, all with different levels of difficulty and varying lengths. Along these trails, you’ll discover a diversity of flora and fauna, including wild orchids, a scenic waterfall and a naturally occurring frog pond, where dozens of unique frog species thrive – including the Wallace Flying Frog and the Microhyla nepenthicola, the world’s second tiniest frog.

Mount Serapi is just 45 minutes away from Kuching City and is therefore perfect for day trips. You can reach the top in under four hours at the most, depending on your fitness level, and at the end you will be rewarded with scenic views of Kuching City and its natural surrounding, including the mesmerising Mount Santubong.

Go to sarawakforestry.com/parks-and-reserves/kubah-national-park/ for more information. 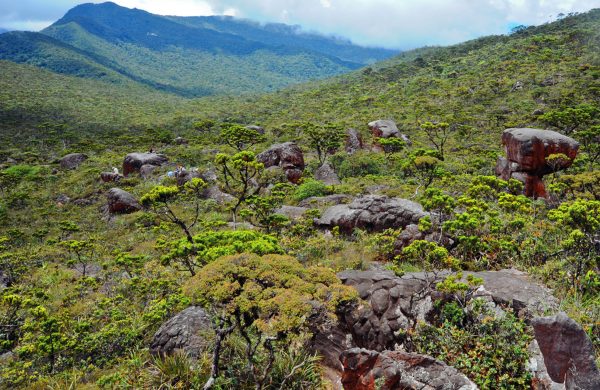