I woke up to an unfamiliar sight, wondering what lay ahead as I watched the mist slowly lifting over Mataram. The milky white blanket of minute water droplets seemed as if they were withdrawing into the majestic Mount Rinjani in the background, revealing houses and commercial buildings that were mostly white, with brown or silver roofs. They blended almost perfectly with the trees around them. The morning sun spread its golden rays across the city from the East, creating a scene that was bordering magical.

Such was my first morning in Lombok, an island in West Nusa Tenggara, Indonesia best known for its pristine beaches. My colleague and I were there for a familiarisation trip, on which we were invited by the Consulate General of the Republic of Indonesia in Kuching. We were hosted in Lombok by the Tourism Association of Halal Travel Agency (TAHTA).

One of the most memorable destinations for me was Gili Trawangan, one of three gilis (small islands) that draw huge numbers of tourists to Lombok. Gili Trawangan is an island paradise of powdery white sand and sparkling azure water so pristine, you can see corals down on the seabed, with schools of little fish swimming over them. The absence of cars and motorbikes (replaced by horsedrawn cidomo and bicycles), keeps the air here clean.

Walking along the strip on Gili Trawangan, I discovered miles upon miles of villas and resorts. They ranged from more affordable ones like Pondok Lita, costing less than IDR 400,000, to the downright opulent Kelapa Luxury Villas at over IDR 10,800,000. In between the villas and resorts were bars and small shops selling refreshing drinks, cool gelatos and colourful souvenirs.
The list of activities here is extensive. Besides swimming and sunbathing, one can go snorkelling, diving, see life underwater from a glass bottom boat, surfing, horse riding and golfing. If you’re a party animal, Gili Trawangan will not disappoint, especially with parties that last up to 4am.

Also known as the Island with a Thousand Mosques, Lombok is actively promoting its Halal tourism as well. The island, with more than 80% of its population being Muslims, is home to more than 4,000 mosques. Many hotels here cater to the needs of Muslims, and of course Halal food is easily available. Speaking of food, don’t forget to try Lombok’s signature Ayam Bakar Taliwang, which is grilled chicken with a spicy sambal.

As for things to do, a short hike up the Merese Hill, east coast of Kuta in Mandalika will reward you with jawdropping views of the Tanjung Aan Beach, and on a good day even Bali’s mighty Mount Agung. (By the way, for MotoGP fans, Mandalika will soon have its own MotoGP
Traditional circuit as part of an effort to turn the area into a worldclass destination.)

Our familiarisation trip also took us to Dharma Setya Handwoven and Handicrafts, located in Jalan Tenun Traditional Puyung. The weaving centre had replicas of traditional houses of the Sasak tribe known as Rumah Lumbung, which were originally used to store rice. At the centre, some of us took the opportunity to learn how to weave. The rest of us went inside to view some of the woven pieces they had on display. Some got busy taking pictures in front of the Rumah Lumbung.

Our visit to Lombok culminated in a lovely dinner on the beach at Kila Senggigi Beach Hotel, together with delegates from China, Singapore, Egypt, the Philippines, Iraq, Panama City, Jordan, Vietnam, Cambodia, Thailand and Johor. A perfect end to a perfect “holiday” – to me, at least. 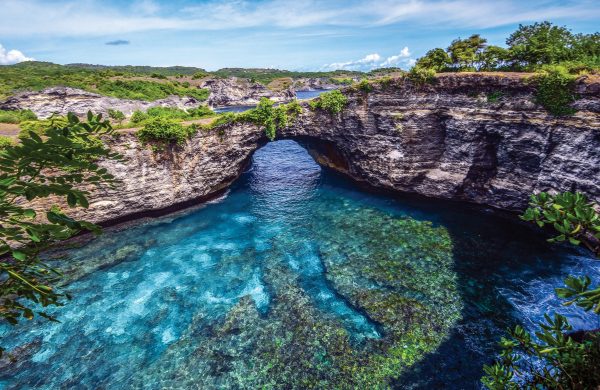