The Japanese Film Festival (now called as JFF 2020 PLUS ONE) is back! This year, it will be launching a series of 20 titles for Malaysians to stream online FOR FREE from Nov 20-29.

An annual cultural sharing initiative by The Japan Foundation KL (JFKL), this year’s festival goes completely virtual for the first time ever! This allows Malaysians to stream quality Japanese films FOR FREE at home!

Expect 20 titles under genres like romance, drama, thriller, animation and so much more! They include: Doi of the Maeda Construction Company’s Advertising group has little passion for his work. One day the group’s leader Asagawa declares, “Let’s build the hangar for Mazinger Z!” Having been dragged in by Asagawa, Doi and his co-workers commence putting on appearances of having taken on this request from a fantasy world. Spirit of deceased musician Aki takes over Sota’s body for 30 minutes. They share the same body and rush to reunite a band that split up and bring a smile to Aki’s girlfriend Kana. Sato is an employee conducting a survey in front of Sendai Station. Saki takes the survey and the two ultimately become a couple. 10 years later, Sato proposes to Saki on their 10th anniversary. 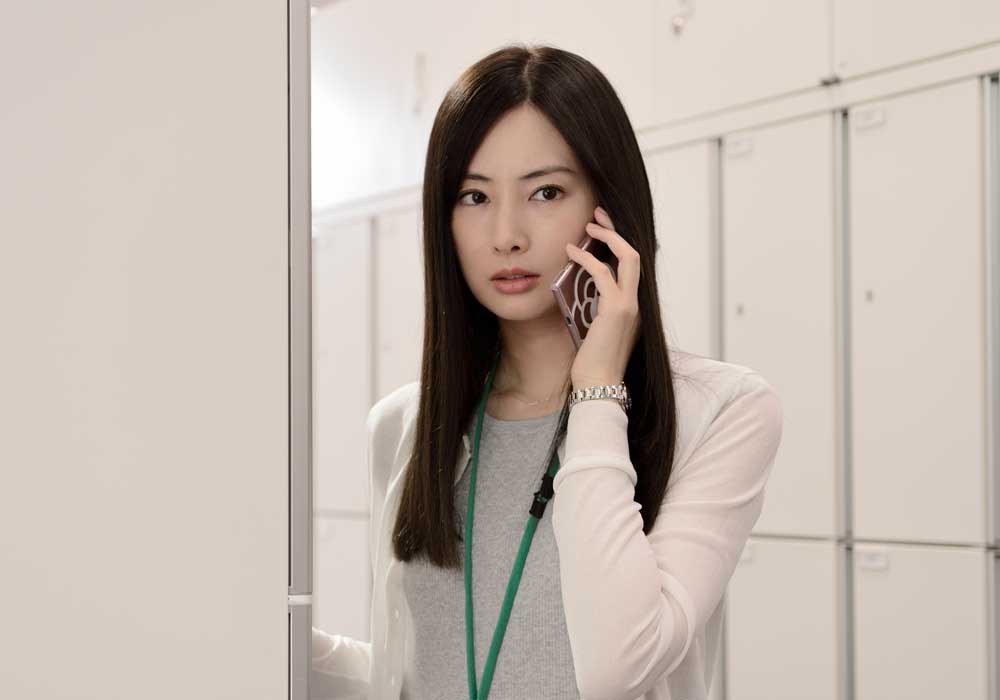 One day, Asami calls her boyfriend, but a stranger answers the phone. He explains he found her boyfriend’s phone and returns it a few days later. Since then, strange things keep happening to Asami. She is now a target of a serial killer who gradually exposes her secret. Inuzuka Torao, known as “Tora of Goto” runs an udon noodle making business on the Goto Archipelago. Every day, his seven children wake up at 5am, help with the business for an hour, then head for school. Since 1993, the documentary follows them over 22 years, until the children all grow up. Sawa works as a caretaker. One day she gets involved into unexpected events which have her lose her job and money. Not having a house to live and money to spend, she begins to hunt for her “clients” in the street, suggesting to take care of them as a sleep-in caretaker. She targets old men who seem having problems in their lives. At first they get confused by Sawa’s aggressive attitude and lots of energy, but gradually let her into their lives, and their “almost dead” lives started to shine again… Haruko aspires to become a maiko, and makes her way to Shimohachiken, a geisha quarter in Kyoto. She is accepted for an apprenticeship through the auspices of Kyono, a linguistic scholar who is intrigued by her thick Kagoshima and Tsugaru dialect, and trains furiously to become a fully-fledged maiko. A comedy about the struggles of seven aging women who got lost in the mountains while on a tour to view fall foliage. Once their tour guide vanishes, the seven women begin to discover themselves as they deal with survival. This drama showcases the passion of an editor who struggles to create a dictionary, as depicted over a 15-year period. He ends up editing “The Great Passage,” a huge dictionary with 240,000 entries. In 1987, a youth named Yonosuke who is unable to decline the requests of others leaves his hometown of Nagasaki to start university life in Tokyo. One day, as he is juggling classes and extracurricular activities, he goes to a driving school and meets Shoko, the daughter of a company president, who takes a liking to him. Sakurai is a struggling actor, and Kondo is a hitman with amnesia. Sakurai, who became a hitman on a whim, finds himself taking on dangerous jobs. Kondo, caught up in pretending to be Sakurai for a play, is being wooed by Kanae. Hajime is in line to be the next head of a prominent electronics company. He is a workaholic and has no time for his family. But one day, his mother in Shimane falls ill, and his best friend dies in an accident. Grief-stricken, Hajime returns home, where memories of his childhood dream on becoming a train conductor came back to him. In Okayama City, Soda’s father-in-law Kashiwagi Toshio is a driver for the elderly and disabled, and his mother-in-law Hiroko runs a non-profit organization. The yard in front of their home has become a haven for stray cats. Their simple everyday life offers glimpses of the meaning of peace.

14.  The Flavor of Green Tea over Rice This is a story about a middle-aged couple who are different in every way, from each other. However, in a critical situation, they find a hope for a renewal of their marriage when they share a simple meal together. Serious and generous, but a bit shy, Yudai has been unsuccessful with the opposite sex. Chizuru is an energetic and cheerful girl, but when it comes to boyfriends, she’s been unlucky and clumsy, and never had a steady relationship. This is the first Christmas the couple spends together. Chizuru loves animals and Yudai plans to give her a rabbit in a box, but it turns out to be… a mini donkey?! As the funny creature escapes, Chizuru goes after it, and Yudai loses sight of them both… The earth shook. The sea roared. And then… There is a small house solitary standing by the seaside. A pigtail-braided girl has been living there alone since that fateful day. Mail is no longer delivered, but even this morning, she’s hanging out the laundry as usual. A thought-provoking fable of hope and rebirth in a cruel and gentle world after an unnamed disaster. Kick-Heart is a love story between Romeo, a successful pro-wrestler, and Juliet, a nun who lives a secret double-life as a female pro-wrestler. When the two meet in the ring, fireworks fly! Everything started from an old book telling the story of an expert magician who defeated a giant spider monster in ancient times. Antique book dealer Amane Suzuri, who is trying to sell the book in order to pay the rent, would have never imagined that after reading this story to Mizuki, the building owner’s young nephew, he could find himself face-to-face with a scared, 20-centimetre-tall, eight-legged baby arachnid girl. And she’s the sweetest thing in the world… or not? Unfulfilled call-centre employee Noeru lives alone in a cheap apartment in a big city. One day, without notice, her mother sends her an old and bulky chest of drawers. Not exactly the most welcome piece of furniture for Noeru’s tiny place! But from that day, breakfast is ready in the morning although she doesn’t recall having cooked any. And the kitchen is clean and tidy instead of the usual mess. And… wait, what are those weird kids doing in her room?

20.  Production I.G Short Animation: The Girl from the Other Side Based on Angouleme-nominated, best-selling graphic novel by manga artist Nagabe, this animation is about two creatures belonging to opposite kinds: a lost little girl from the Inside and a demonic beast-looking Outsider. When they initiate an impossible coexistence on the same side of the forest, their bond seems to transcend their incompatible natures and the unnamed curse that has divided the world…

What you should know

Each title in each slot will be available to stream for 24 hours. Some of the titles available on the “JFF Plus: Online Festival” website may not be able to be viewed from Malaysia.