According to Alena, Warrior Spirit is an embodiment of inner strength.

“My great-great-great grandfather Balang Nganud was a great warrior, the community called him ‘the Tiger that floats enemies’ heads downriver’,

“Though we no longer practice that (headhunting) anymore, we inherited their spirit, their courage, their strength; and more over, the courage to fight together for something greater than ourselves. I think many Malaysians, and people across the world also, can relate to the spirit of the warrior,” shared Dayak Kelabit descent.

The Sape’ songstress credited the huge win to her team.

“I feel so incredibly proud of the whole team that put in their time and energy towards this music video. It’s been a really rough period for people in film and music so it’s heart warming to have achieved not just creating this music video, but also the added bonuses of these international awards. We can do great things when we work together,” she said.

This music video released on 27 May 2021 in YouTube is the work of the same team behind Alena Murang’s award-winning music video ‘Midang Midang’ (2019), directed by Sarah Lois Dorai, and co-produced by Kanid Studio and Project Room.

“The wins and selections at festivals only goes to show that there is an interest in the stories that we have to tell from our part of the world, and from indigenous communities. We hope that many more films from native voices will be financially supported in the future,” comments director Sarah Lois Dorai.

Inspired by Alena’s cultural heritage and the peoples of Borneo, the looks and styling for the music video were styled by Styllar, together with renowned make-up artist Gebriel Padan and several Malaysian designers and craftswomen.

Saerah Ridzuan, who is Alena Murang’s stylist for most of her appearance, shared “we wanted to showcase the beauty of our Borneon cultural heritage amplified by fashion-forward aesthetic that speaks the spirit of a modern warrior. I’m beyond ecstatic for the honourable mention from IMVA and I hope the world can appreciate the beauty of Borneo through this music video.”

Besides IMVA, the music video was also a semi-finalist for the  “Best Film” award in Los Angeles, USA and an Official Selection at the New York International Film Awards. 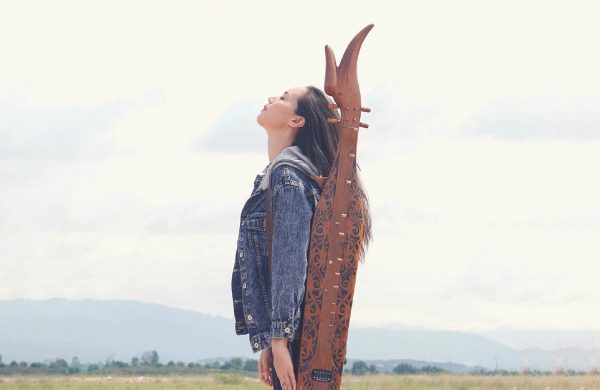