YouSape’ songstress Alena Murang recently released her latest single and music video Meno’. Meno’, according to the Dayak Kelabit descendant of the Baram river, is a song describing her longing of the longhouse and the people. Hit play to hear this melodious, calming music that will transport you to the peaceful hinterlands of Sarawak!

A song of “yearning” and “longing”

Back to Alena’s new single. According to Alena, this song is inspired from days in the past when her Kelabit ancestors used to make long journeys from the highlands to the coast of Miri to trade.

“They went by long boat through the rapids, and up through the dense jungle, sleeping at villages in the jungle along the way. It was at times like these they would sing “belian meno’” (wistful songs),” she said.

Meno’ is fully sung in Kenyah, an endangered language spoken in Sarawak and Kalimantan. In Kenyah language, Meno’ means yearning, specifically thinking of someone or something that is not there. Balik kampung: a sentiment many would relate to at this time

“In the recent years I’ve been travelling internationally a lot, and I would always sing this song on stage, also thinking about how much I missed home at the time, explains Alena, who has played at festivals like South by Southwest USA, Førde Traditional and World Music Festival (Norway) and OzAsia Festival (Australia).

Currently based in KL, the past year’s movement restrictions had greater impact on Alena than she had thought, in particular on her balik kampung (going back to hometown) bi-annual routine.

“I balik kampung at least twice a year to see the family, to reconnect with the land, to do research, and it really grounds me. I really miss it and I can’t wait to go back, but for now we have to keep everybody, especially the interior areas, safe from the virus,” she shared.

Edited by Sabah-based Kelabit filmmaker Candy Yik, the music video showcases snippets of roads and rivers of the villages in the interiors of Sarawak along the Ulu Baram river.

Making music during the pandemic

On recording and producing during COVID-19 times, Alena commented that it was a challenge but not impossible.

“It just slows down the process a lot,” she said.

Regardless, Meno’ is now out for the public to have a listen. It is Alena’s second single released in anticipation of her new album. The album recordings are supported by Ministry of Communication and Multimedia Malaysia as part of the Roads To Our Heritage (RTOH) project, and the Dayak Cultural Foundation.

“We are proud of Alena and her team for their dedication in upholding the culture of Kenyah and Kelabit people through music and language. We hope that other young people will be inspired to similarly create, learn and share the wealth of knowledge and beauty that lie in the many languages and cultures we have here,” said Libat Langub, the Secretary to the Board of Trustees the of Dayak Cultural Foundation.

Roads To Our Heritage (RTOH): Telling the stories of Easy Malaysian music heritage

RTOH is music collaboration project by three local Malaysian bands that are Alena Murang, Estranged and Stonebay. Under this project, these three bands swill produce an album each, as well as a six-episode documentary series featuring East Malaysian music heritage.

Through the documentary series, the three bands together with music researcher Dr Nadia Widyawati Madzhi of UiTM Music Faculty aim to reach out and tell the stories of Sarawak and Sabah natives, specifically the traditional music craftsmen.

It is hoped that sharing these stories told by the native heritage caretakers could generate interest across all ages, both locally and internationally. On top of that, it is also a part of preservation efforts on the East Malaysian culture.

The project is supported by the Ministry of Communication and Multimedia Malaysia and funded under the Ministry’s 2020 Digital Content Fund (DKD) for the creative industry.

Have you checked out Meno’ yet? 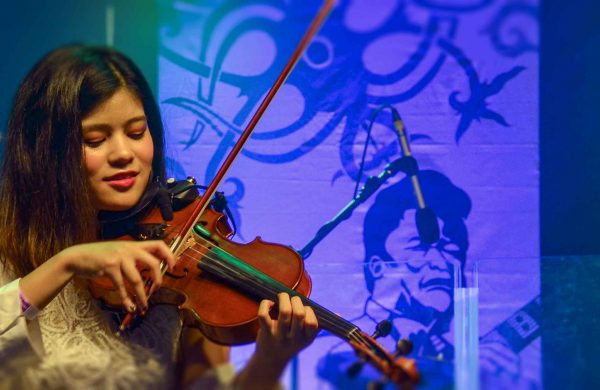