With all of us cooped up at home, we certainly have so much time on our hands (besides #WFH) to plan how best to feed our wanderlust. This is why we came up with this list of 10 ultimate things to tick off your travel checklist when in Sarawak. And if you have never been to Sarawak before, we hope this will spark your interest to come down here because truly, there is just so much #MoreToDiscover in Sarawak.

Ask anyone who has climbed to the top of Mulu Pinnacles and they will surely tell you that it’s an experience unlike any other. This tougher-than-Mount-Kinabalu climb will take you through all sorts of adventures: riding on a boat on Melinau River, entering caves (Wind and Clearwater) and climbing with rope. Sometimes, you will most definitely need to climb using all four limbs. Talk about challenging! Located at Mulu National Park, the largest national park in Sarawak and was declared a UNESCO World Heritage Site in 2000.

Note: You are not permitted to climb the pinnacles without a licenced guide. So book in advance at https://mulupark.com/

2.  Have a bowl of ‘Breakfast of the Gods’: Laksa Sarawak

Your trip to Sarawak would be incomplete if you did not experience the quintessential ‘Sarawak Laksa’ breakfast. The bowl of goodness comprises rice vermicelli, prawns, shredded chicken, slices of omelette, and bean sprouts. Featuring a distinctive spicy coconut milk-based broth, the iconic Sarawak Laksa flavour is unique to the dish and is certainly not easy to replicate. To describe the taste: mildly aromatic with a tinge of spice. However, to describe it is not enough. You need to taste the Laksa yourself. Only then you’ll understand why the late Anthony Bourdain called it the ‘Breakfast of the Gods’. Available in most kopitiams (local coffee shops) throughout Sarawak. Go for Chong Choon if you’re in Kuching or Laksa Lolita when in Miri.

3.  Immerse in music and culture at the Rainforest World Music Festival

For six consecutive years, from 2010 till 2015, RWMF was awarded as one of the best 25 world music festivals by Songlines. Held amidst a rainforest setting at Sarawak Cultural Village (SCV), each year this three-day festival features stellar line-up of indigenous artistes from all over the world. During the day, these artistes hold workshops in the traditional houses at SCV. The incredible backdrop of the majestic Santubong Mountain makes it a thrilling experience to groove all night long. Note: With the postponement of RWMF to a later date, this means that the festival will certainly be better and more enjoyable when it’s finally safe to travel. But you can always still add RWMF in your #TravelLater bucket list.

A post shared by RainforestWorldMusicFestival (@rwmf.official) on Nov 3, 2019 at 6:57pm PST

People travel for many reasons. Some want to relax at a luxurious resort. Some want to splurge. But the most common reason is to seek a meaningful experience. Shopping, self-pampering or even learning a different culture are all meaningful experiences, subjective of course to an individual’s preferences. But when you’re in the multicultural state of Sarawak, the best way to have this unique experience is to live like the locals, the traditional way in a longhouse.

Depending on which longhouse you choose to stay, most of them have distinctive features that represent the ethnic group’s identity and traditions. Most are also surrounded by exotic flora and fauna. The warm host keeps you busy throughout your stay, and bring you for a walk into the lush jungle, where you’ll most likely stumble upon a cool refreshing waterfall. When the night falls, the longhouse residents will put on their traditional costume and welcome you with a traditional dance followed by a sumptuous local dinner—there may even be a glass of tuak (rice wine) to celebrate with! Among the few longhouses to check out are Annah Rais Bidayuh Longhouse and Lemanak Iban Longhouse.

The Darul Hana Bridge is one of the latest iconic landmarks in Sarawak. Specifically designed as an S-shaped (for Sarawak), the bridge is a 3.25 metre-wide walkway built over the Sarawak River. Spanning 335 metres, it links the Southern and Northern parts of Kuching.

At night, the bridge comes alive with its colourful display of lights. Whether you choose to admire it during daylight or when it’s gleaming with lights at night, the Darul Hana Bridge is indeed an architectural wonder. While you’re there, be sure to catch the Darul Hana musical fountain from the State Legislative Building (DUN). ❖ 📝 ↘ ↘ ↘ ↘ ↘ ↘ ↘ ↘ ↘ ↘ ↘ ↘ ↘ ↘ ↘ • 🌐 Kuching Waterfront Musical Fountain! . I have been in this aerial photography hobby for about 3 months now and this is my 50th post since my first posting of drone photo. . This is my one of my most favorite photo after the blue hour waterfront photo that gone viral sometime time ago. . This shot is a ridiculously hard one to get right due to the musical fountain light show will never pause for me to get the composition that I need. . So I have to keep clicking my shutter for about 10 minutes straight which resulted me about 300 photos in total. . Out of 300 photos, less than 5% photos are usable. It takes me quite some time to process due to the complexity of stitching and layering required. . The final result of the photo shown here is the best I got from the sets! . Definitely will try it again from another point of view next time! • • • Photo Credits to IG: @jacksonpang5077 https://www.instagram.com/jacksonpang5077 • 🚩 Jackson Pang © • • • • • • • • • 🇲🇾 #Kuching | #Sarawak | #Malaysia • 💡#DiscoveringBorneo #DiscoverKuching #ExploreBorneo #ExploringMalaysia #KembaraBorneo #KuchingBorneo #KuchingCity #KuchingPhotographer #KuchingSarawak #LeisureinSarawak #MalaysiaTrulyAsia #MoreSarawak #MYYourShot #Sarawakian #SarawakMoreToDiscover #SarawakView #StirringUpBorneo • 📌 #DJIMalaysia • 📎 #城市 #景色 #街景 #絶景 #風景 #黄昏 #夕阳 #日落

6.  Say hello to ‘Bujang Senang’ at a Crocodile Farm

Did you know that Sarawak is famous for its lore and legends of fearsome crocodiles, especially the white back crocodile known as Bujang Senang? This is because we have been co-existing with these reptilians since very long ago, due to our reliance on the vast river network of Sarawak. Also, according to Iban legend, Bujang Senang was a powerful warrior from Saribas who reincarnated as a crocodile after falling in a battle hundreds of years ago. If you would like to see these mighty beasts up close, head on to Jong’s Crocodile Farm in Kuching or Miri Crocodile Farm. These farms also have mini zoos with animals like deer, bearcats and variety of birds.

Be sure to plan your visit to coincide with the feeding times of the crocodiles so you can see them in action as they dart out of the still water to grab the meat hanging from the feeding line.

The King Of Sarawak …

7.  Learn about the Rajahs’ History

Before Sarawak gained independence and became part of Malaysia in September 1963, it was long reigned by the White Rajahs – three generations to be precise. The story began when the English adventurer James Brooke arrived in Sarawak on The Royalist in August 1939 and formed bonds with the locals… Want to know more about the White Rajahs’ fascinating history? Head on to The Brooke Gallery at Fort Margherita. Meanwhile, a counterpart to the Brooke Gallery is the Ranee Museum, located at the Old Court House. This mini museum exhibits the life and legacy of Ranee Margaret, who was the wife of the Second Rajah Sir Charles Brooke. Expect a display of personal artefacts like the purple kebarung.

Experience the historic Kuching with a guided walking tour focusing on the legacy of the Brookes. Brooke Heritage Trails will be available every Saturday from October 26th, 2019 onwards. The meeting point is at the Old Court House Clock Tower at 9:00a.m. The tour fee is RM100 per person and it is inclusive of admission to the Brooke Gallery, Ranee Museum and refreshments at Commons of the Old Court House. Book your slot now at http://bit.ly/brooketrails (also on bio) or reach us at [email protected] #BrookeMuseums #RaneeMuseum #BrookeGallery #BrookeTrust #HeritageTrails #SarawakMoretoDiscover

8.  Go for a River Kayaking adventure at Upper Sarawak River

If you’re up for some great outdoor adventure, added with the serene beauty of the Borneo wilderness, give river kayaking a go! When in Sarawak, choose Semadang Kayaking Trip for a memorable river kayaking activity. Easy and enjoyable, kayaking will let you see the world through your own eyes (without the distraction of a phone) and help you build camaraderie with your kayaking partner. Who knows, you might discover something you have never seen before, like a camouflaged lizard! Plus, it is also a good low-impact workout that is great for relieving stress.

Want to eat on budget? Go for street food all the way! Not only that it is cheap, but street food is usually authentically local and you won’t believe what you can buy for just a few Ringgits. Siniawan Old Night Market is the place to be for foodies to begin their culinary explorations. Here, you will find all sorts of cooked-on-the-spot delicacies like grilled clams, pitcher plant rice, cha kueh (fried rice cake) and satay. Siniawan Old Night Market might look like a dead cowboy town during the day, but at night the alley is bustling with crowds eating at the table underneath the charming dangling red Chinese lanterns. What about a sweet short road trip with your family or friends to Siniawan? They are known for their Siniawan weekend night market, where you’ll see a variety of local food stalls along the street on both side of the shophouses. you’ll be spoilt with options that you wouldn’t know where to start your food hunt! So head over there with an empty stomach! .⁠⠀ 📍: Siniawan, Bau⁠⠀ .⁠⠀ .⁠⠀ .⁠⠀ 📷 : @f4r1210⁠⠀ #borneotalk #keepborneotalking #stirringupborneo #fun #love #heritage #sky #view #night #travel #traveller #travelgram #vacation #trip #holiday #vacationlife #travelife #wanderlust #adventure #explore #moretodiscover #exploreborneo #exploresarawak #borneofood #borneo #sarawak #traveltuesday #kuching #tourism #travelmalaysia

Last but not least, cap off your trip in Sarawak by sampling and bringing home some of Sarawak’s iconic Kek Lapis (layered cake). The Kek Lapis comes in various flavours and multiple layers with all sorts of design. If it’s your first time buying, you might be overwhelmed by the options available. However, you can never go wrong with Kek Lapis India, Sisik Ikan, Horlicks Cheese or Evergreen. Some of these layered cakes are also named after public figures like Neelofa, or named after Sarawak football team’s slogan, “Ngap Sayot”. Wherever you are in Sarawak, grab some kek lapis from bakeries such as Mira Cake House and Taka Cake House in Kuching, as well as Siti Payung in Miri. 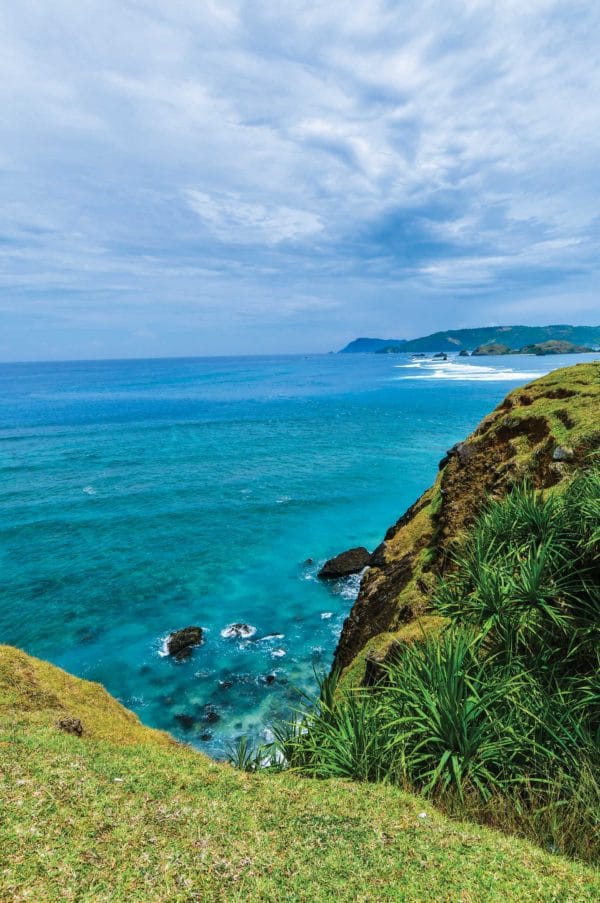